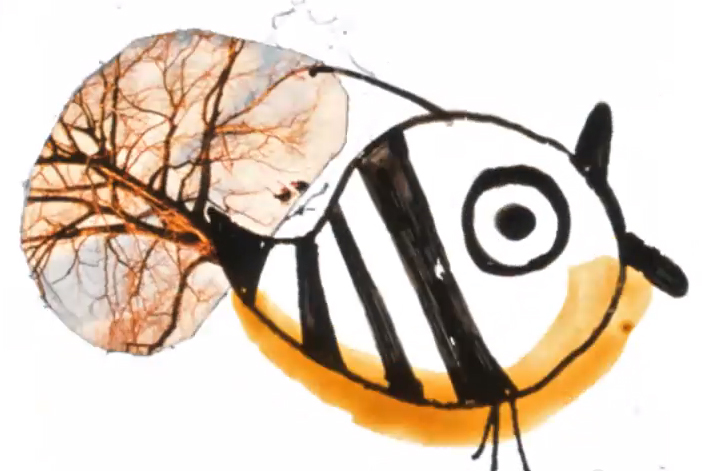 Experimental Film: 2011, 2:30 minutes.
Secret Bee ventures toward the sweet honey- spot where representation and surface push and pull each other like a two-headed lama. Film footage was produced frame by frame, painting and drawing directly on found film stock resulting in a cavalcade of color and image. Secret Bee features a super twisted piece of music “A Drink on Spike Jones” by Sonic de/constructor extraordinaire Dave Phillips. 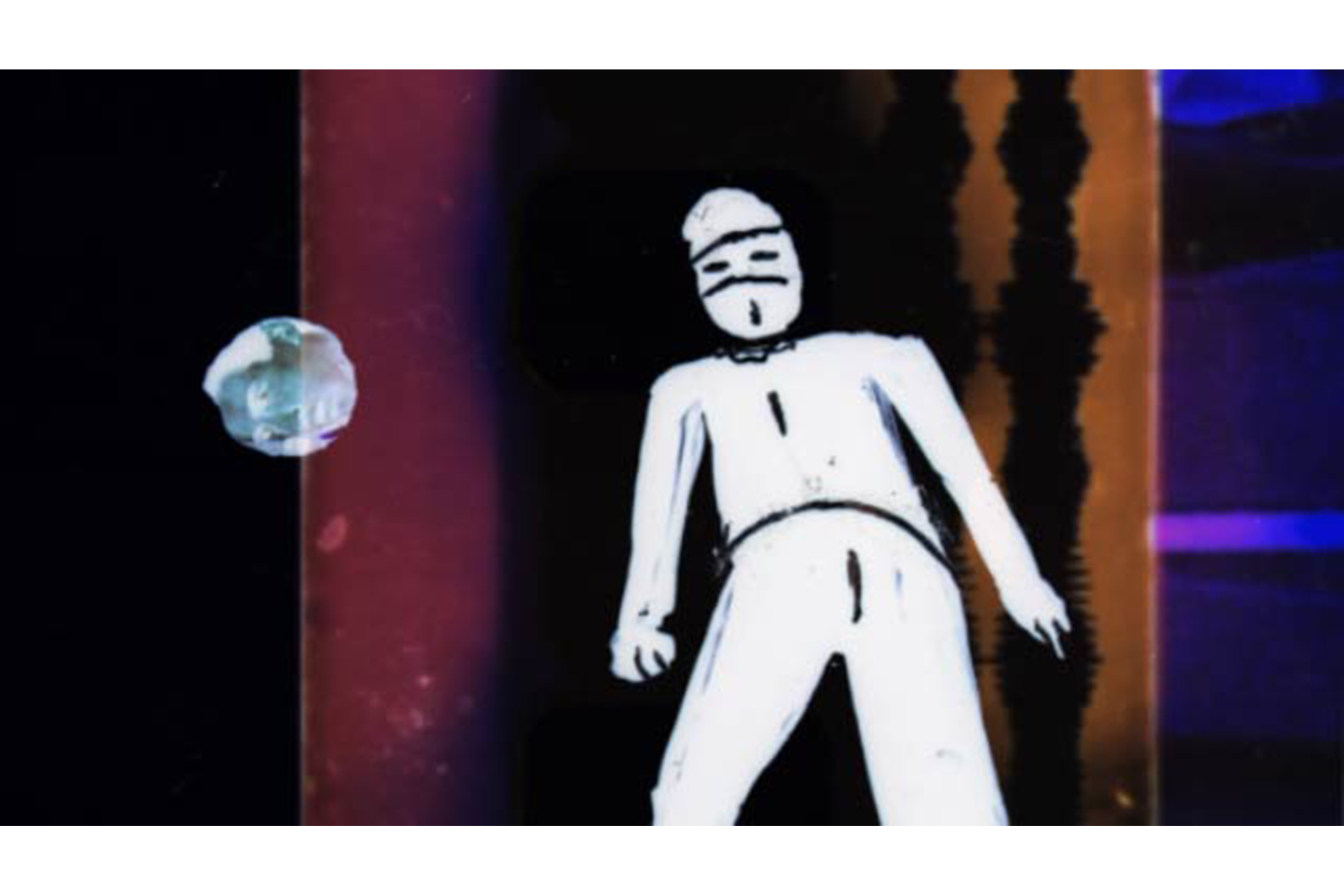 View More
Give Me a Pie
Next